So many heads under one Evil Hat! 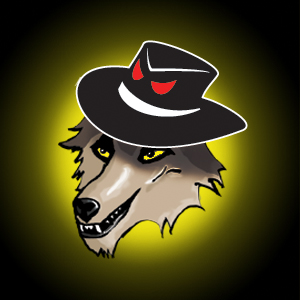 Three years running Bad has welcomed Evil... and this year we rolled out the red carpet.

For every Evil Hatter out there you will be happy to know that Evil Hat's presence at Big Bad Con will be greater than ever before.

Evil Hat will have it's own private room, featuring these awesome games:

Atomic Robo and the Invisible Invaders of Inverness - "TESLADYNE INDUSTRIES IS HIRING! We need capable young Action Scientists who have what it takes to get the job done! Tesladyne offers competitive salaries, a matchless benefits package, and the opportunity to travel while working on cutting edge Science!"

The Job (Fate Core) - Where does a dollar end and a person begin? You are part of a small team hired to infiltrate a research station, acquire a top-secret project, and bust out again. But there's a small problem...

ARRPG: Teenage Mutant Ninja Turtles & Other Strangeness - It's 1984 and the City is overrun by crime and corruption, the gangs control the streets, terrorism is rampant, corporations fueled by greed seek power and control, and Ninja clans lurk in the shadows. Only a small group of mutant animals can clean up the City.

Atomic Robo and the Chicago Three - Science! Adventure! Punching! More Science! It's the Winter of 1943 in Chicago, and the first nuclear reactor is about to be activated. Robo teams up with Enrico Fermi, The Sparrow, and The Nightingale to stop Nazis and who knows what else from interfering.

Iron Edda: War of Metal and Bone (Fate Core) - Midgard trembles under the metal footsteps of dwarves in their titanic constructs, and the bones of long dead giants rise up from the earth soulbound to brave warriors. Will you dine with the Gods in Valhalla, or dance in the halls of the dishonored dead?

Skunked (Fate Accelerated) - As cats, it is your duty to guard the neighborhood, protect your humans from otherworldly threats, and make the job look effortless. A skunk is on a rampage, and the smell is overpowering. Can you get to the bottom of the problem before the stench becomes intolerable?

Heroes of The Hat

Legendary heroes of the Hat like Chris Hanrahan, Morgan Ellis, Ryan Macklin, Erik Lytle, Eric Vogel, and more will be at Big Bad Con running games, judging games, hocking wares, and who knows what else. This year we have two new additions to the roster. The Evil Hat weaver himself Fred Hicks and Atomic Robo RPG progenitor Mike Olson!

Fate Core (and it's lovely children) will power four awesome games by four awesome GMs. Which one will be crowned (er, pinned) the Big Bad GM. Play to find out!

Eric Vogel will be running demos of Zeppelin Attack! and other games in the dealers room. Swing by, say hi, and blow some zeppelins out of the sky!

The Doctor is In
Doing Good at Big Bad - For Charity!