Big Bad GM - Who is the Biggest, Baddest GM in the land?

This October, the Wolf has invited everyone to Grandmother’s house to play, but four will compete to prove which game master is the Biggest, Baddest GM in the land! Our four GMs were selected by popular demand by the players at Big Bad Con 2011.

Using only the FATE system and three mystery game ingredients consisting of a genre, an adversary and a location, they will attempt to impress our panel of four judges with their system mastery and ability to run an excellent game with minimum prep. The winner will not only receive the title of Big Bad GM, but will also be rewarded with glory, honor, and…a pin!

Our four Big Bad GM contestants were picked due by the players last year for their exceptional games, and might I say, their huge egos? Meet our four contestants and decide who you think has what it takes to claim the title: 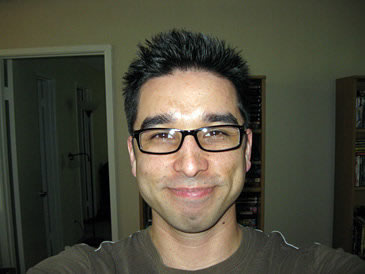 Mike Bogan The Ultimate Superfly TNT Dolemite GM Ninja of All Time, a founder of Good Omens and 4-Eyed Demon, Mike is the go to GM for high action, over the top stunts, cinematic games. A huge fan of Feng Shui, Wushu and now FATE Mike runs games that are fast paced and intense. Mike’s enthusiasm for gaming shines through both as a GM and a player.

As the winner of the GM Throwdown at EndGame in Oakland, Mike has already claimed one trophy and he's coming to Big Bad to take another!

Mike was a contender in Big Bad GM last year and the crowd loved him so much they brought him back again. Maybe this time he can take the title! 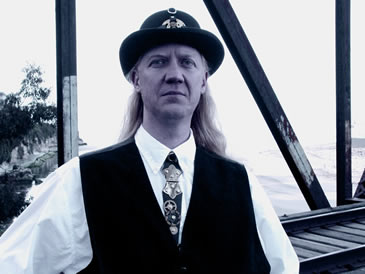 Matt Steele Born in a bear cave. Sleeps in a grave. A trans-dimensional drifter. Seussian word-smithing rifter. Heavily favors the darkness of night. Add a hint of humor - keeping it light. 30+ years as a killer Game Master. Perpetually acting as an agent of Disaster. Bringin' the awesome to Big Bad Con. For Big Bad GM - it's Game On! 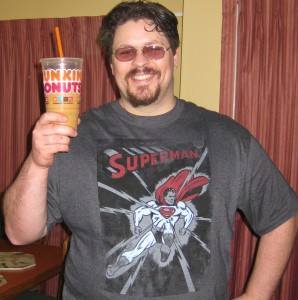 Michael Garcia - It's an honor to compete with the GMs that I have come to idolize. I've played their games: they are awesome. I have no illusions here. I am the rookie, the scrappy underdog who hungers for glory but fears the bitter taste of defeat. However, I have accepted the challenge and now my job is to bring it. In preparation of Big Bad GM I am training, hard. I am reading the rules, sharpening my skills, and running every game prior to Big Bad GM as if it was my last. I'm coming to this competition ready for a dragged out, knockdown brawl. When the smoke clears and the victor is announced I will wear my bruises with pride, knowing I stood against the best.

"Michael Garcia . . . a man who has walked into insanity and stepped back out into sanity to tell the tale. This GM will mesmerize you with his cruel and creepy characters but whatever you do, you gotta hear him do the German accent. Really! If you're blinded in his game, it isn't the sunlight. It's Mike G. grabbing lightning out of the sky like Zeus and throwing it in your face. You've played in his Jack the Ripper game, right? If not you're missing out, playas."

- From the Desk of Shannon Mac, former competitor against the nefarious Mike Bogan 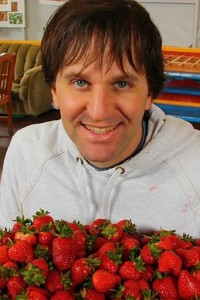 Scott White - "It's a mystery to me what I'm doing among these other great GM's but I plan to bring everything I've got to the table and make this a fun brawl. I'm pretty new to this con gaming thing, starting about two years ago at Kubla Con, where a fortune teller told me I'd have a lot of fun, then spilled my coffee. Well, I didn't even get in a scheduled game that day but ended up in a pick-up game with an awesome Gm who saved me from going home disappointed and somehow ended up at Endgame a couple months later running Apocalypse World and loving the heck out of it.

Play to find out what happens, words to live by and this competition is the ultimate example. As a GM I strive to challenge the players with a situation which even I don't know how the players will manage to untangle. Those times when absolutely unexpected and awesome things happen are what I game for." - Scott

He's too modest. Scott is going to cool down from this competition by running one of his awesome Apocalypse World games, Ghost Market.

Want in on the action?

Sign up now so you can register for Big Bad GM once registration goes live. Each GM will have four players, and Little Red did the math-that means we have slots for 16 players!

The contest will last 6 hours total. The first hour will be dedicated to rules and giving the GM’s their secret game ingredients. The game will last approximately 4 hours, and scores will be tallied during the last hour. Signups for the 16 slots will be handled first-come first-serve, so get your name in early! You can’t choose your GM, but you can choose to be a part of the fun!

Wondering about Big Bad GM 2012? GM selection will be done through player nominations, so be sure to rate your GM’s from the rest of the con. And if you want to be considered to compete in the next Big Bad GM, be sure to sign up and run your most rocking games at Big Bad and remind your players to vote!

See you at Grandmas,