Curious about 5th Edition? So is The Wolf! 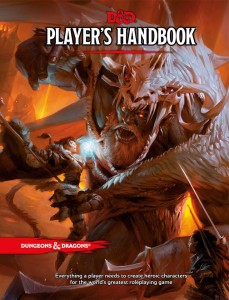 The Wolf wants to know what all the fuss is about. And how can he get the advantage die? Maybe he'll get a chance in these games:

The Dark Acolyte, Crown of Cthulhu Act 1 - The Eye of the Devil has opened in the constellation of the Sacrifice. The church has sought to read the Litany of Brother Layender only to find it stolen. Only the litany can protect people from what is to come.

Secrets of Sokol Keep - Decades have passed since Sokol Keep was reclaimed, and a small garrison placed there along with a beacon to help guide ships. Now, that beacon has gone dark, and the garrison has disappeared.

The Dread Gaze, Crown of Cthulhu Act 2 - With the eye of the devil back again in the sky, the long forgotten madness has returned. Something speaks again in the darkness. The church seeks a Sister of the order who dreams, confined in an abbey beyond the Stone Hills.

Shadows Over Moonsea - Life on the Moonsea isn’t easy. Bandits, pirates, and cruel lords dominate the land, threatening those who make an honest living there. Now, a new scourge is prowling the waters: A ghost ship has been striking small coastal villages, leaving its victims whispering about the “eye of the dracolich.” Join the adventure and learn the truth behind this threat!