In 2016, Big Bad Con officially became a 501(c)(3) charity. And we've got big plans. Not only are we offering quality games at the con each October, we are developing a community outreach program to bring games to young players all year round.

Proceeds from the con and its exhibitors support the following organizations:

Ella Baker Center: We are named after Ella Baker, a brilliant, black hero of the civil rights movement. Following in her footsteps, we organize with Black, Brown, and low-income people to shift resources away from prisons and punishment, and towards opportunities that make our communities safe, healthy, and strong.

Doctors Without Borders/Médecins Sans Frontières (MSF) is an international medical humanitarian organization working in nearly 70 countries to assist people whose survival is threatened by violence, neglect, or catastrophe. In 1999, MSF received the Nobel Peace Prize.

Attendees can drop off non-perishable foods at the registration desk for the Food Bank of Contra Costa & Solano. The Food Bank distributes food directly to people in need through several programs and provides food to more than 190,000 people every month. At the Food Bank's request, we now emphasize monetary contributions rather than food donations, but if you still wish to bring non-perishable food to donate, here is their shopping list of most needed items.

So far we've raised or collected: 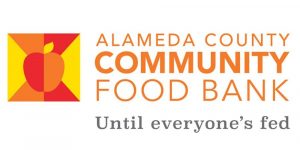 In previous years when the convention took place in Oakland, we gave to the Alameda County Community Food Bank instead: