Our GMs - The Best of The Best

The Wolf has been going to conventions for over a decade, slowly adding names of the biggest, baddest GMs to his little black book. Each year, for Big Bad Con he invites, cajoles or conscripts them all to run at Big Bad Con. Just to name a few, here are some of the amazing GMs that will be running games at Big Bad Con 2012:

Carl Rigney - Hailed by players and GMs across the pacific northwest as the best GM in the land, Carl can’t go to a con without attracting a flock of each gamers. Featured on the website “Hell Yeah, Gamemasters!” Carl is recognized as giving players some of the best games they’ve ever had. To quote “Carl Rigney, hell yeah!” 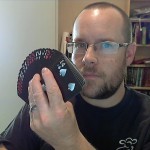 Leonard Balsera - Lead system developer of the Dresden Files RPG and Spirit of the Century, co-host of the gaming advice podcast Narrative Control, and Bid Bad GM Judge, Lenny will be running a fracas of Fiasco’s at Big Bad Con (in addition to serving as a judge for the big event Big Bad GM). 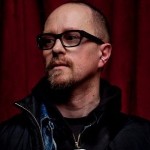 Luke Crane - Burning Luke. Author of Burning Wheel, Burning Empires, Mouse Guard and Free Market. Luke is known throughout the land not only for the awesome games, he makes, but the awesome games he runs. Games that stab you in the face.

Todd Furler - Known from coast to coast for his literal mastery of gaming, Todd has honed his craft to a razor’s edge. Todd doesn’t consider a game successful unless everyone pushes away from the table at the end and says “Damn, I would pay to see that movie.” Having been in half a dozen of them himself, The Wolf can assure you that you will! 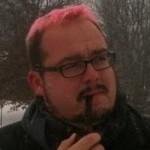 Ryan Macklin - AKA Ryan “Fucking” Mackin of the Internet. Author of Mythender and The Emerging Threats Unit, Ryan has seen every side of gaming there is. Podcaster, writer, editor, project manager, player, GM, and all around awesome dude. 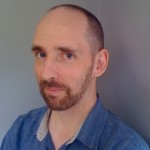 Jason Morningstar - As if his name didn’t say it all. Jason, of Bullly Pulpit games, author of Grey Ranks, Fiasco, Shab Al-Hiri Roach, and many more, will be running a host of different games at Games on Demand as well as running a midnight rendition of the 12 person LARP Tribunal. 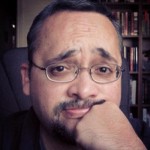 Gil Treviso - Frequently described as the “highlight of the con” Gil’s games are noted for their historical authenticity coupled with over the top action. Gil is amazing master of props, canny voices, and blood-curdling horror. Unsurprisingly Gil will be running a Delta Green game of Cthuhlu at the con. 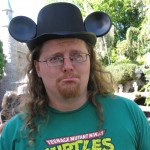 Josh Roby - Author of Smallville, Vicious Crucible, Sons of Liberty, and many more games, Josh has an amazing eye for what a game needs to take it from good to awesome! Josh will be running a Houses of the Blooded LARP in the dreaded gazebo!

Our Four Big Bad GM Contestants: Mike Bogan, Matt Steele, Michael Garcia, and Scott White. Each of these GMs received hoards of accolades for their games last year, and as the most nominated of the GMs, they have all been invited to complete in this year’s Big Bad GM. They are also all running additional games besides competing.

And this is just to name a few of the amazing GMs we have at Big Bad Con. Others on this list include Shannon MacNamara,  Morgan Ellis, Sean Schoonmaker, Daniel Hodges, Noam Rosen, Alan Hodges, Rich Taylor, Lalita Devi, Mattea Ezgar, Karen Twelves, Duane O'Brien, and more.

Given this list, you can rest assured that Big Bad Con wll be filled to the brim with awesome game masters. So awesome in fact, that the best GMs of the con are nominated by their players to compete in the following year’s Big Bad GM (and Iron Chef style competition for GMs).

All the con you want - None of the stress.
Focused Con with a Personal Touch