Remember last year when we demo'd the prototype for Race to Adventure? Well, RTA is back, and BIGGER than ever!

Race to Adventure!™ is easy to learn, and you can play in 20-30 minutes. In each round, players will take turns selecting one of 6 different items … and then all players perform their action at the same time. Snatch a golden eagle egg from a Himalayan mountain peak, escape the Mummy King, rescue a prisoner from Atlantis and much more in this family adventure game!

Eric will be running games between the normal RPG time slots Saturday and Sunday evening at 7PM. Sign up for them now:

A picture of the GIANT board! 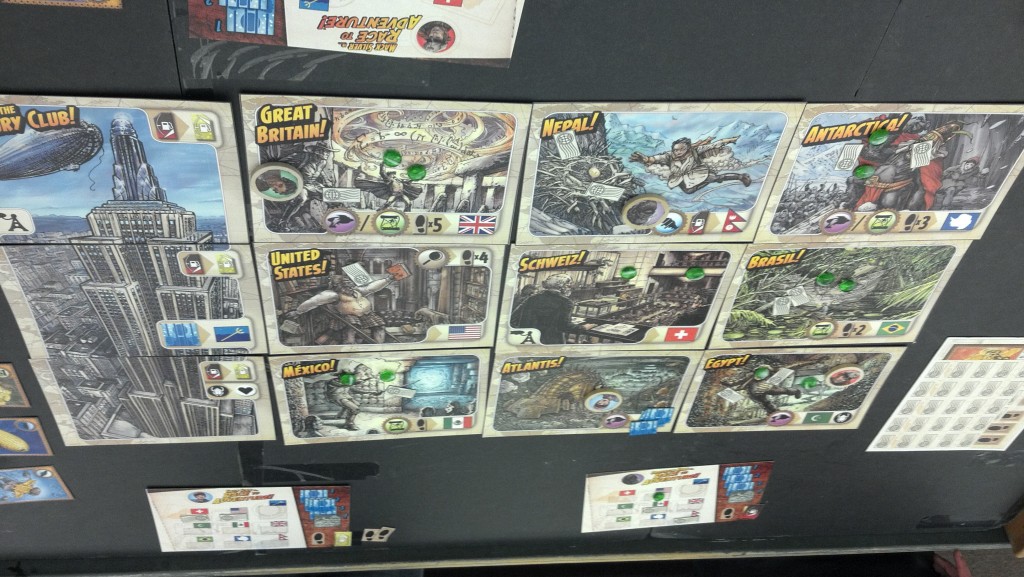