You may have noticed that Big Bad Con has not made an official statement regarding the Black Lives Matter protests that are currently rocking the country and the world. Early on, we used our Twitter account to retweet other activists and share how people can help support the protesters. Otherwise, we have remained silent as we didn’t want to shout out in a self-serving manner with a shallow and impersonal message.

Our silence is not indicative of how all of us at Big Bad Con feel about the issues. As should be clear by our community standards that we actively embody, all of us strongly support the protests. Not just the case of George Floyd, but also Breonna Taylor, Ahmaud Arbery, and far too many other victims of police brutality and injustice due to systematic racism.

The Big Bad Con board of directors has enthusiastically agreed to donate $2000 of our funds to support Black Lives Matter. We have also launched a BLM Crowdrise campaign to allow our community to easily share their support. We strongly encourage you to donate if you can. 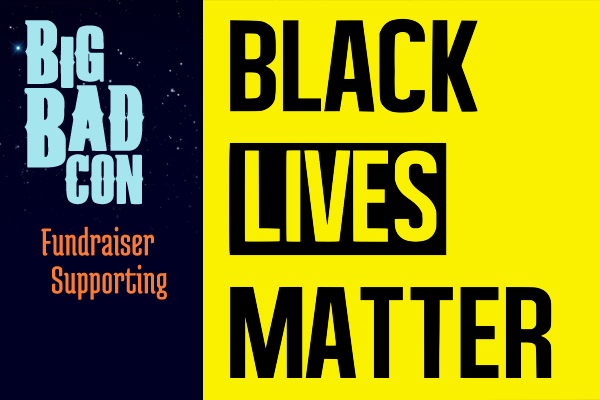 Additionally, the staff themselves have decided to make it more personal by making a statement of their own…

“The staff of Big Bad Con supports the protestors, not just in word but in actions. Whether this means attending protests, donating in support, contacting our representatives, fighting to defund police on a local level, or all of the above. We also all are in agreement that if you don’t think Black Lives Matter then you aren’t the kind of person we want as part of the Big Bad Con community.”

This is a long ongoing fight and we encourage you look at the resources below, educate yourself, and follow through not just in words but in action!

Protests in your area