Little Red is putting on her Riding Hoodie

Little Red is getting ready to don on her riding hood. Grandma is changing into her finest nightgown. Heck, even The Wolf is sharpening his teeth to look good. Why? Look at all these awesome LARPs at Big Bad Con: 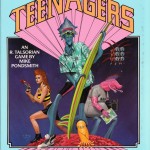 Attack of the Media Moguls - The Alien Brothers Xiggurkrakit, Media Moguls, have kidnapped the entire Junior and Senior Classes of Ferris Bueller High School! Can the remaining members of FBHS’s various Clubs and Societies put aside their mutual antagonism and band together to save their friends (and the rest of the Juniors and Seniors) before the abductees are forced to sign lifetime contracts to appear on “Galactic Gladiators”, Xiggurkrakit Media’s hot new Reality Show? 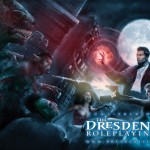 Pax Occultus - A Dresden Files LARP - Despite the Unseelie Accords, San Francisco has circled the drain of all out war among the it’s supernatural denizens for decades. However, in recent years a powerful wizard named John A. Noroust has made powerful inroads towards peace with each faction. While not liked by many, especially the White council, he is respected by all, enough to call members of each group toward the creation of a stable peace tonight.< 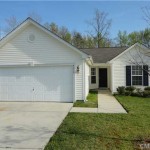 Appledale – A Great Place To Live - “As your duly elected mayor for the year 1952, we find ourselves facing grave issues of national import. With the presence of Communists being uncovered on a daily basis, and the threat of the atom bomb hanging over us – every member of the Appledale community must pull together to repulse this hidden threat to our way of life. I am counting on all citizens of our fair town to do their part during this time of crisis”All small towns have secrets . . . some just have many more than others.< 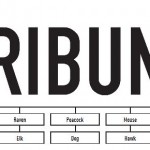 Midnight Tribunal - Two soldiers from your unit have been charged with the crime of stealing bread. If found guilty, they will be shot. The problem is that they are innocent.The Tribunal is a short, intense participatory scenario about the mechanics of oppression, inspired by Orwell, Krylov, and Büchner. The scenario takes place in a space of waiting, just before the first one of you is called in to testify in front of the military tribunal. 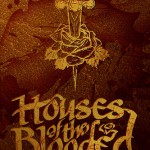 Houses of the Blooded - Ambition. Lust. Revenge. You can’t have one without the others.Thousands of years ago, the ven ruled the world. They were a passionate people, obsessed with Romance and Revenge, opera and theater, and all the forbidden delights their decadent culture provided. In the end, that which made them beautiful was also the key to their own destruction.

A game of romance. A game of revenge. A game of invisible wars and sorcerous blood. A game with no victors. Only casualties. 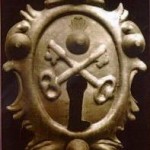 A Letter at the Door... - “Your presence is requested at the home of The Society on a matter of grave importance. We have been betrayed at the highest levels. A coachman will be dispatched to retrieve you all. Number One will be most disappointed if you do not appear. For if you do not arrive at the appointed hour, we can only assume that you are a traitor as well.”