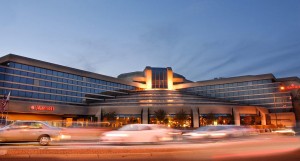 The contract is signed, scanned, and emailed to the Walnut Creek Marriott, who at this very moment is hosting FOGcon! Some of the awesome amenities at the hotel:

What's more is that three weeks after Big Bad Con 2016, we'll sign a contract for 2017 so we'll have the dates and rates locked in! More pictures and details here.

So excited for Big Bad Con's new home. Stay tuned for some big announcements in our upcoming Kickstarter campaign!

The Future of Gaming
A new home in Walnut Creek